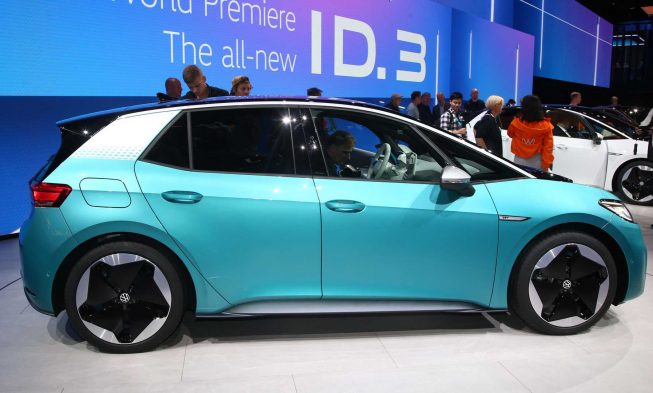 German auto experts reviewed the car ahead of its launch and have harsh words about it; they say Volkswagen’s new electric car, the ID.3, had fallen short of the carmaker’s usual standards of fit and finish, and had a limited operating range.

They tested it and found out that “the inner side of the hood looks like it was painted with a spray can.” Auto Motor und Sport lament the lack of quality in a trademark build quality in a pre-production model they were testing in this week’s edition.

Another problem – the operating range was only 359 kilometers; however, the powertrain and ride are good. Besides, Auto Motor und Sport write about uneven panel gaps, an infotainment system which takes a long time to fire up, and a navigation system which fails to work.

The ID.3 is so important to Volkswagen’s future that the 3 in its name represents its position as the third major Volkswagen launch of all time, after the inaugural Beetle and ever-popular Golf.

There are three battery sizes to choose from that provide varying performance and battery ranges to suit your needs. There’s quite a disparity between them, and the knock-on is quite a price jump between the cheapest and most expensive ID.3.